Japanese Year of the Rooster 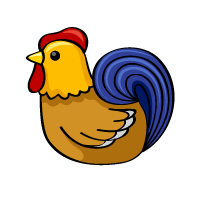 The rooster is the tenth symbol in the Japanese Zodiac. As a rooster (“tori” in Japanese) is associated with gain (“torikomu” in Japanese), it was considered as a lucky animal for business. This symbol represents “kindness” and “hospitality”.

Roosters are quick-witted, efficient, and confident. They thrive on challenge and change, and are devoted to work. On the negative side, they have a suspicious nature and can be quite aggressive to others.

You can identify a rooster if they:

Roosters are compatible with oxen and snakes. If these three come together, it generates a great positive power. Roosters also have a mutually beneficial relationship with dragons. Rabbits are the least compatible with roosters.